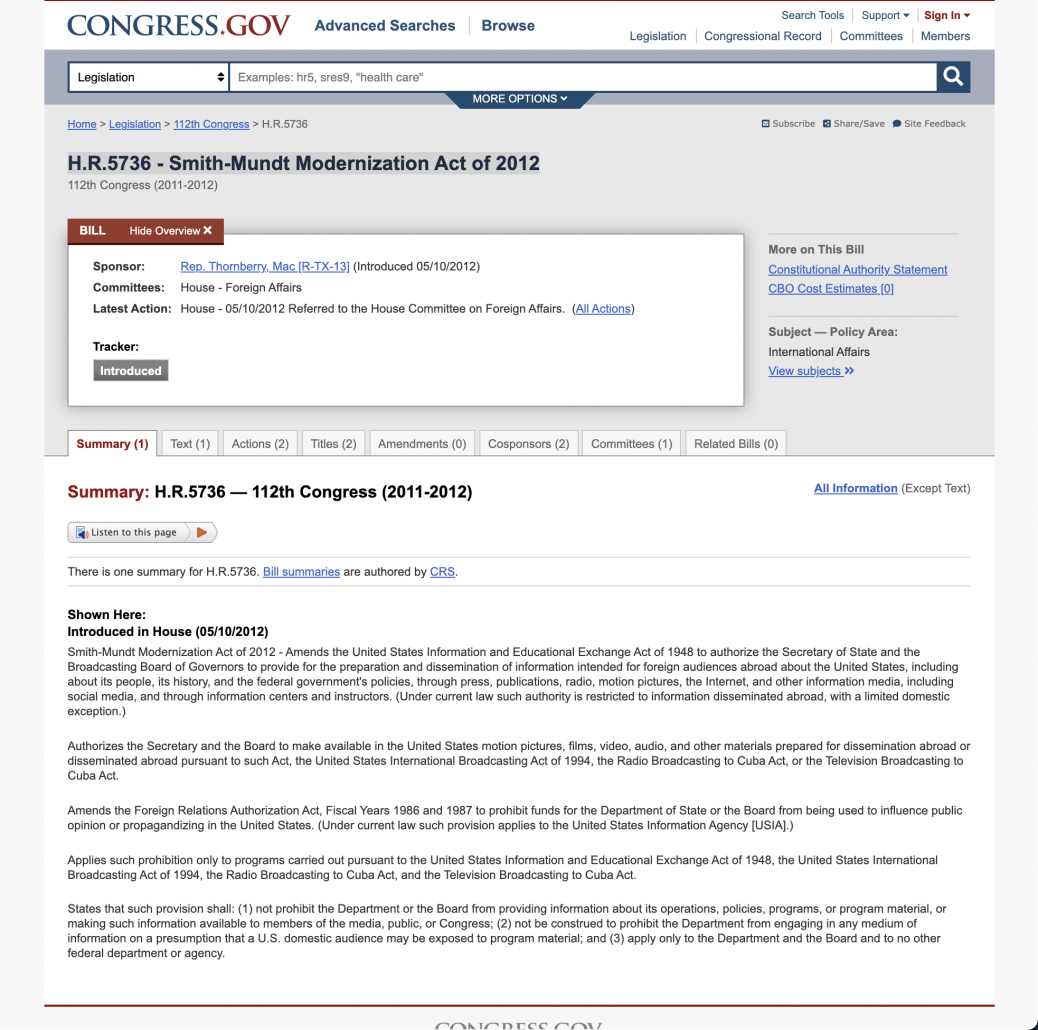 “In 2013 Professor Lance Dehaven-Smith in a peer-reviewed book published by the University of Texas Press showed that the term “conspiracy theory” was developed by the CIA as a means of undercutting critics of the Warren Commission’s report that President Kennedy was killed by Oswald. The use of this term was heavily promoted in the media by the CIA.
https://www.amazon.com/Conspiracy-Theory-America-Discovering/dp/0292757697/ref=sr_1_1?s=books&ie=UTF8&qid=1471971025&sr=1-1&keywords=Conspiracy+Theory+in+America

It is ironic that the American left is a major enforcer of the CIA’s strategy to shut up skeptics by branding them conspiracy theorists.” Smith-Mundt Act Of 1948 And The Coup “Before leaving office, Obama nullified the Smith-Mundt Act of 1948 mandating the media to report honestly thereby creating the Smith-Mundt Modernization Act of 2012 allowing the media to create the narrative and much biased “fake” news that disrupts our thinking and since that time, there has been an unthinkable increase in the number of suspicious mass mediate “terrorist” events in the US and EU. The coverage and discourse surrounding these incidents have directly paralleled heightened police state measures and calls for stricter gun control laws.”
https://newswithviews.com/smith-mundt-act-of-1948-and-the-coup/